30 Days of Listening – Day One

I’ve spent the last year of my life in utter isolation writing a book series from start to finish. During that time, as you can imagine, I talked very little. Since the time of finishing the book series, I have reentered the world of talking humans, and sought to tell them about my book, get them to read my book, and insist upon them just how great my book truly is.

Nobody wants to read my book.

Do you know why? We live in a world where relationships are a two-part effort. In order for someone to take an interest in you, you must have an interest in them. I have realized that I love to talk, and hate to listen. I also realize that everyone else is pretty much the same way.

For this reason, I intend to listen and learn from people as much as humanly possible. I intend to hear out any person who will speak, which for me is most often going to be Starbucks employees, grocery store workers, and people I run into on the streets. I am going to write a short story about my encounters everyday, in order to be certain I listen, and also to show the beauty which surrounds us, yet we so often fail to take notice of. I can promise you the stories will be true, and I will do my best to portray any person I meet in a heroic light, for we are all heroes in our own journeys.

Doug is my friend from Rite-aid. I go into rite-aid frequently, and he is one of the very few people I have gotten to know over the last year. He listens to me rant constantly about my book, actually is going to read my book, and sounds as though he likes my book. But today, ladies and gentlemen, our story is about Doug, and not my book.

Doug has wispy white hair and small glasses. He is always an exciting person to talk to, and more than a few customers greet him on a friendly basis. He has worked in my neighborhood for over thirty years, working at the photo-department of K-mart before he came over to Rite-aid. He cherishes the art of developing negatives and working with black-and-whites. When he was in high school, he used to write, but always had a difficult time with music and other forms of art. He is arguably the kindest gentlemen I have ever known. He has a wife and a daughter who used to dance. Just today as I approached him, he spoke about how hectic the night was. He had just met with a woman who had been married for fifty years and was going to separate from her husband. He was visibly upset about the matter.

We spoke briefly about writing, and I encouraged him to come on over to wordpress and create his own blog. He insisted he wasn’t sharp enough, which in all my findings usually means he is probably a great writer who is all-too-critical of himself.

Of course, as Doug always does, he eventually turned the conversation over to me, in order to listen to the on-goings of my own life. Doug is a great guy, and I would be lucky to turn out like him. Day after day, he brings smiles on the faces of his customers, and listens to people who don’t get listened to very often. People like Doug are the salt of the earth, I can only hope to be as good a listener as he one day. I truly hope I can get my book series published in order to thank him in print so all will know how much his encouragement has helped me and sustained my desire to pursue my dream. Thank you Dougy, we need more people like you.

They were all packed in the limo. The music blared and several were trying to dance, hunched over under the low roof. Anthony was sitting next to brown haired Michelle and Olivia. Olivia was his blonde haired date to prom. But Michelle was the girl he had wanted to take. On the other side of Michelle, was Ryan, Michelle’s boyfriend.

“Oh my gosh, do you see this!” Announced Michelle, pointing out the drunk girl dancing with her legs wide open and crotch fully exposed from underneath her skirt.

Michelle turned away from the scene, covering the side of her face with the flat of her hand. She faced Ryan with a smirk.

Ryan laughed. “Your friend is ridiculous.”

They both shared a laugh, until Ryan pulled MIchelle by the wrist, over to his own direction. “Babe, we gotta start dancing.”

“No,” said Michelle, pulling her arm away. “Not a chance in the world.”

She laughed, as did Anthony.

“Well I’m going to anyways,” Said Ryan, before standing up then rubbing his rear into MIchelle’s face, who pushed him away. He went on to the center of the spacious vehicle and started dancing in the center, with the rest of the drunk participants.

Just as Anthony was beginning to respond, his blonde date poked her head out from behind him. “Oh my God, you’re boyfriend is so funny!”

“Thanks!” Said Michelle, smiling as she met eyes with Anthony.

Michelle bit her lips at first, then stared down as she scratched her wrist. “Oh, just at a party.”

Michelle nodded, met eyes with Anthony, and they laughed some more.

Anthony pointed to the dancers. “Is he doing the chicken?”

She looked, then busted up hysterically, covering her mouth. “Yes. I believe he is, actually.”

“I love the chicken!” Shouted Olivia, before rising to join the rest of the dancers.

The drive continued on, for some time, and though the music blared and dancers raged, Michelle began to doze, at first with her head back to her seat, before slowly tilting over then snuggling up on Anthony’s shoulder.

He didn’t know how to react, so he tried nudging her at first, but still, she did not move. He swiped the brown hairs out the way of her ear, then whispered. “Michelle. Hey.”

She opened her eyes slowly, and turned to look at him. For a moment she remained in close proximity, before suddenly darting her head away. “Oh… I’m sorry.”

Anthony laughed. “It’s okay, I didn’t mind… I mean, I just figured you probably don’t want to be seen sleeping on my shoulder.”

Michelle turned to look ahead, as did Anthony. Olivia was grinding her buttocks into Ryan’s lap.

Michelle rubbed her eye, groaned, then looked upwards to Anthony, and spoke longingly. “Why didn’t you ask me to prom?”

“What?” He said, with an awkward chuckle.

She looked down, then rubbed her hands together. “Nevermind.”

Creasing his brow, Anthony felt his own heart beating faster. “You’re with Ryan, I thought.”

“Yeah,” responded Michelle, weakly. She continued rubbing her hands together at a quickening pace, and seemed almost nervous.

“Michelle, I would have loved to go to prom with you. Especially over her,” He laughed and pointed, but Michelle didn’t look. Finally, he grabbed her by the wrist and moved to make eye contact with her.

However, the moment he did, and the second he opened his lips to speak, she pushed herself into him, wrapping a hand around the back of his head as she forced her lips into his.

The entire bus quieted, the dancers stopped, and Anthony found himself hugging MIchelle as she sucked on his lips relentlessly.

Anthony heard the yells of Ryan, the insults of Olivia, and the button-clicking of all who were undoubtedly taking pictures of the monumental high-school hook-up and undoubtedly posting them to facebook. Anthony didn’t really care. His eyes were glued to Michelle’s, and her eyes remained in his.

Too Tired to Ti…

Too Tired to Title

“Trying to take tears through time terrorizes two things – they that treat, then their tissues. Tedious tempers test the temptation to tangle tiny trendy types to tatters.” 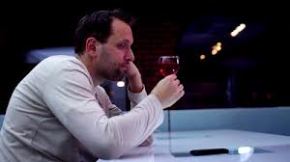 The writer lives to waste his days,

Behind a pen and paper say,

Sits alone and thinks a lot,

Takes ideas and then he jots.

The writer is a bitter man,

So much failure, none understand.

Lives so much in isolation,

Some weird discoveries always grace him.

The writer works so hard you know,

His hand gets crippled as he goes.

And when that night sky falls on him,

He finds some wine and takes it in.

The words he knows from left to right,

How to use them, which will bite.

He smokes a drag then drinks some more,

Wonders why his problems snore.

How bitter that man is that day,

A sad sad story of a quiet man,

A lonely tale of lots of bland.

Yet when he hears the talk of some,

Of buying what and taking from,

He wonders what is wrong with him,

That he prefers to dwell in grim. 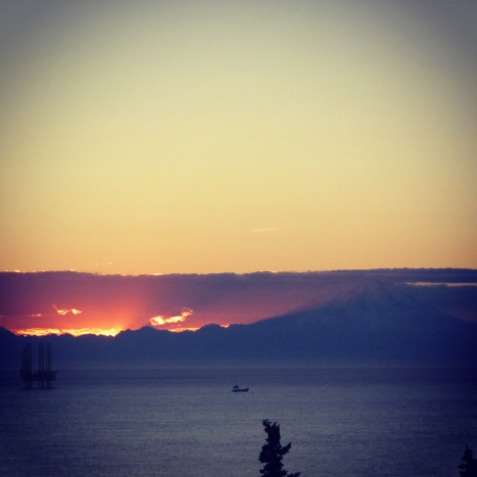 Summer sunsets are so pretty,

So are the girls in the bikinis,

Love the beach too much to say,

Love to sit and think away.

Tides are rising waves are pushed,

Catch a wave, build a castle, take a breath and look around you,

The beach is always beautiful, even when the people go,

Bringing carrots to their faces,

Feed the horses little one,

Let them nibble not chew your thumb.

Be so careful as you pet them,

Watch hind legs and do not catch them.

Riding horses as they trot.

See to it you hold onto,

the reigns or else they will buck you.

Do not smack the horseys dear,

Or else they will swell up with tears.

No not really they are tough,

Ride them through the wild rough,

Enjoying horses is nothing new.

A Nerd and Her Blog

I need the funny because they're teenagers now