This is me drinking a beer

I built the computer. It took blood, sweat, tears, and an absolute certainty that I destroyed $1000 in computer parts but I did it. Along with that, I received my Tascam DR 100 mk II in the mail. It sounds phenomenal paired with my audio-technica microphone.

So I built the computer on Tuesday, using a step-by-step guide on youtube (the best how-to service in the history of man, btw). After it was completed, I plugged it into an old monitor, took a deep breath, and powered that son-of-bitch up. Got the good old “no signal” message and was bummed, but not devastated. I chalked it up to old parts not gemming with the new parts.

A quick trip to walmart the next day and I was all set to pay $50 on a new computer monitor. Upon arrival I discovered the monitors I was searching for were available for shipping, but were not actually stocked in the store. No way in hell I was waiting.

So I purchased a $130 32 inch tv and an HDMI chord. I didn’t anticipate keeping it. I got home, hooked it up, and got the same message – no signal. I was actually convinced that I had broken the graphics card during my build, or possibly shorted something with static electricity during set-up(don’t use latex gloves when you’re building a computer). Sure enough, my Ram wasn’t pushed all the way in. It’s a terrifying feeling using elbow grease on something so expensive and delicate.

About 1/4 of the mess I created

Long story short, my new video-editing machine is working as good as expected. It took another entire day to figure out how to import footage from my sony a6300 (its a codec XVAC-S that you can import with a MP4 wrapper simply by switching USB connection to MTP on the 4th page of the 6th suitcase tab in the menu options). I still haven’t been able to import any aduio, but I think one final purchase of an SD card reader should do the trick.

I’m hoping to write a 5 page script this week that I’ll be able to film this weekend. In the meantime, I’ll attach some of the images from my camera. Keep in mind I know less than nothing about photography. Any pictures that do look good are in thanks to the camera. Hopefully you can see how great a film quality they have to them, and why I’m so excited to begin bringing my stories to life through its lens.

A perfect set if only I could use it 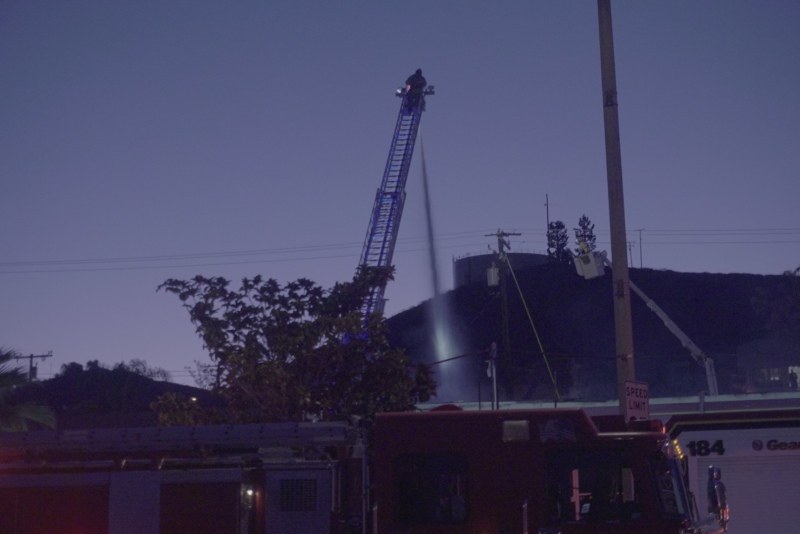 Beautiful shot, mostly because of the firefighter

I love the movable focus option. Draws your eye straight to the subject.

If I wasn’t lazy I would have made this the first picture since it shows the scope of the response.

Photo by Ali Pazani on Pexels.com

Everything I need to film my first short film should be arriving within 1 week. After that I will have to build the computer, learn how to use my microphone, and adjust to my new Sony a6300 camera. I will not have any lighting equipment, I will only have one 18-50mm lens, and I’ll be posting the video to youtube for under twenty views. I’m ok with that.

When I regularly posted on wordpress I made it a discipline to primarily grow my blog by posting short stories. I think this is especially important if you are trying to become a writer – the temptation to post writing advice and insights is always strong and enticing. The problem is you will only attract writers who are trying to do the same thing as you. You will not build an actual reading audience, because your followers are coming to learn about writing rather than be entertained. It’s also much easier to analyze another person’s work and figure out what they did wrong or could have done better. There is no shortage of online information available that is focused on the craft. What is especially difficult and rare is the ability to prove your craft through your works. I’m going to try my best to build an audience on youtube for my short films. When I feel my work is qualified, I will start entering competitions or submit through other avenues.

For my current project, I already have a pretty decent plan in place. I have a location – an outdated barnyard – and one friend who is willing to act. My girlfriend will be able to help with handling the equipment during the shoot (she refuses to act in a project unless she is “a homeless person sitting in the corner”).

I’m excited to begin typing out a script. Nothing is more revealing than seeing your pages brought to life – last time I wrote a 1 minute script for fun, I was shocked to discover how difficult it was to deliver some of the lines. I’m going to keep the plot close to the chest for now, because I think it’s a great premise for a 1 location story with limited actors. I think it could work as a multi-episode story, too. The plot forces the MC into isolation and leads the viewer to wonder whether he is crazy or has an object of national importance.

I’ve noticed that the number one thing that engages me as a viewer is early empathy with the main character. I’m thinking I’ll begin my story with the main character writing in a journal. This way, I can provide some voice over to give a little bit of background without making it a reoccuring perspective. I see something very similar to the opening of Chernobyl. From there I can see him playing piano. But there has to be something more – something very unique that makes the viewer say “I want to follow this man’s journey.” All great characters stories have this – a unique action that’s both relatable and unique. A prime example of that – my girlfriend saying she’ll only be in a film if she’s a homeless extra. A great film example would be Parasite, where the family allows the toxins to waft through the windows in order to kill their own bug infestation. They are so poor and have such little regard for their own health that they make this bizarre choice. That was the moment I knew I wanted to follow their journey.  Alright, that’s the end of the rambling for now. I’ll have more information in my next update.

Photo by Griffin Wooldridge on Pexels.com

The computer components will be arriving next week, and most of my film gear is already here. I have 3 screenplays that I need to enter into into contests but spending more money on this toxic relationship I have with writing is the last thing I should be doing. It’s always funny to me how after I spend large sums of cash I skimp on the already cheap stuff. Below are three contests that I intend to enter. They are affordable, reputable, and still open for 2020:

The first 2 are more well known. The third I’d like to enter because I have a strong thriller and it seems legitimate.

I’m not a big fan of screenplay competitions – in fact I’ve never entered one. I don’t believe winning a competition can actually land you a job in the film industry. I do believe it can get you attention. Winning a big competition seems like a great stride toward some form of representation.

Unfortunately, the world of writing is over-saturated with writers. It is difficult enough to craft a novel or screenplay that is emotionally engaging for the reader. The harsh reality is that this is not where most writers get rejected. Having a professional open your story and read the pages is next level – it’s much more common to complete a clean chunk of work that never even gets opened. That’s why there is so much emphasis on writing a catchy logline and intriguing synopsis. By shooting my own short films I’m finally be able to see how my writing plays out for real world viewers. By entering competitions, I’ll essentially be paying people to read my screenplay. It’s not a decision I’m at peace with but viewing my prospects logically I believe it’s a necessary investment. But for today, my only investment is going to be 2 chicken sandwiches and a small drink from Jack in the Box – for a cool $5 I’ll glad trade the health points.

Building a desktop for Video Editing

After purchasing roughly $1000 in camera & microphone equipment, I’ve come to a jarring realization – my current computer is not strong enough to support video editing.

According to desktop documentaries, there are certain spec requirements for fast and efficient editing, capable of 4k:

I spent the weekend educating myself on computer components and compiled a list of all the accessories I would need to purchase to transform my desktop into a video editing machine. Then I discovered my motherboard is so outdated it will not support any of them, so I might as well build a computer from scratch. I discovered this super helpful video for the low-budget filmmaker and have nearly all of the items “Adam with Tech Dive” recommends waiting in my amazon cart. It will cost me under a thousand dollars but will be capable of doing everything the modern day filmmaker requires. I’m not excited to spend more money, but I don’t have much of a choice. If you are going to build a video editing computer, I highly suggest this man’s helpful video.

Haven’t been on here hardly at all over the last few years. I’ve been writing regularly and seriously since October. I’ve completed 3 scripts that I’m happy with but haven’t gotten any luck with production. The smart decision would be to enter the scripts into contests, and because that’s the logical choice I’ve decided instead to invest $2000 in film gear and a computer capable of editing 4k footage. I’m very excited because this will not only allow me to learn how to direct, but I’ll have the ability to reach an audience much easier. After writing on and off for about 9 years, I’m really just excited to see my stories unfold on screen. Part of the reason I’ve decided to pursue screenwriting rather than book writing is the efficiency of scripts. You can write a 90 page script in a few days, but a first draft of a novel always took me 3 months. Anyways, I’m going to try and post here daily for updates. I have a tendency to disappear from social media but this is the on account that’s always been significant for me. Have a great Friday.