After having a smoke and stating our lives are finally headed in the right direction, Kelly glanced up to see our new neighbors.

We moved in on Tuesday. I spent all of Wednesday building a computer desk and piecing together my new “office”. After working a ton of overtime, I spontaneously purchased a FE 50 mm 1.8 sony lens that I’ve wanted for a while. I’m really excited about the prospect of filming again, and have been contemplating how I’m going to structure and shoot episode 4. I’ve also been learning more about camera basics and how to improve my own cinematography.

And then, yesterday, I finally figured out what has been causing my 2008 Toyota Tacoma repeating troubles throughout the year (I’ve changed out the sparks plugs twice and the coils once). After discovering yet another cylinder misfire I finally checked the oil cap – and underneath was a gunky, custard-yellow goo. My coolant has clearly been mixing with my oil, which means I’ve got a blown head gasket. That’ll be $1200-2000 to fix. 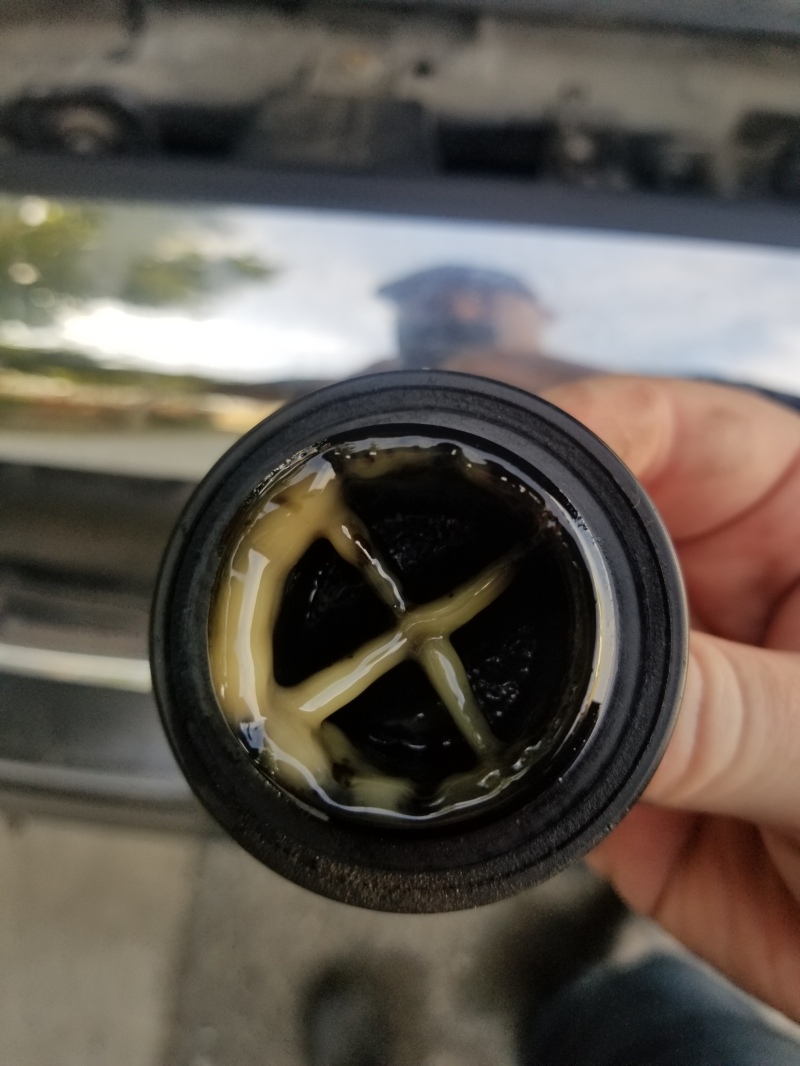 The good news is I’ve been saving up all year so I can afford to have it fixed. I’ve also become accustomed to facing a once-a-year issue with my truck that winds up costing me around $1000. Last year it was a radiator and coolant overhaul.

In other words, this is going to cost me, but I don’t see it as a good enough reason to put my production on hold for any longer.

I’m aiming to begin filming in the first week of August. I want the shoot to last 1-2 days, and I’m looking to hire 2-4 actors at $50/day. I’m going to advertise the roles on Actors Access and plan on spending $200-300 in production cost.

So the next step is the script. I’ve been thinking on episode 4 for a while now. It will introduce the members of the cult and reveal to the audience who they are and what they are all about. I need a group that is capable of savage murder and danger, but I also need them to be believable as a community and have a moral order that separates them from your caricature mob cronies.

You may or may not have read a previous post I made about hermeneutics. In case you missed it, hermeneutics pertains to a perspective change regarding information. For example:

The punishment for missing work hasn’t changed – you’ll still be getting fired. What has changed, however, is the your perspective on losing your job. Initially viewed as a means to make a solid salary, the events that occur in the story transform your opinion to view a potential job loss as an avenue toward strengthened familial relationships.

I’m really in love with hermeneutics and predict it will be a staple in future how-to-write-fiction advice. In my honest opinion there is a serious hole in the philosophy that your protagonist should have 1 goal that nothing can dissuade them from. Of course, hermeneutics amplifies the inner conflict of a story making it more of a dramatic production. Still, I think good stories require shifting perspectives because that is what keeps them true to the human experience. For me personally, the source of conflict and course of action makes the above story more intriguing than standard forms of conflict – ie: traffic jams, boss calling and yelling at you, construction occurring on the roadway, etc.

Anyways, I’m hoping to begin writing the script this weekend. As soon as I have it written I can set up a shooting date and send out to have the roles filled. It’s an exciting time for me and I’m looking forward to running my small production company like a legitimate business. I’ll try to upload some apartment pics tomorrow so you check out what will likely become “cult headquarters.”

The Universe is watching you!