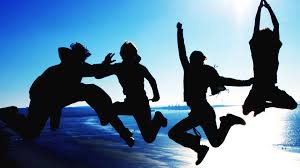 No more frowns or thoughts of doom.

Let’s be happy just this once,

Let’s have a laugh and then a bunch.

No need to be so over-dramatic,

No need to live by overreacting.

It’s not the time to up and quit,

When will you realize it’s pursuit that wins?

Smile widely there is no cost.

No need to fret or disagree,

Just take my hand and laugh with me.

I Need to Be

Feel your stare your absent glare your want of knowing what’s in there,

Know you sought to know me through, I’ve got not much to say to you.

I’m sorry girl but don’t you see these thoughts have got the best of me.

Would rather here some more ’bout you like what it is you want to do.

Tired of the thoughts of me, tired of wanting, needing sleep.

You know the words the rhythmic blues the fear of saying just what is true.

I know you feel it ’cause I do to, I know just what is plaguing you.

But don’t you see the vision’s free the only way to ecstasy.

You hear me spinning words like that, that’s just to get you on your back.

No I’m kidding, joking please. Don’t mean to make you quake you knees.

Sometimes the way these thoughts expel like flagrant breaths through quiets yells.

Baby girl it’s back to you, tell me so I feel them too.

Don’t ask me what, you know the answer, it’s penned inside your heart’s disaster.

Show me pain and misery I’ll show you mine but for a fee.

I swear it tears me up inside, pulls my heart out, leaves me dry.

Hold your moans your throbbing chest, you cannot let me get the best.

Oh quit trying to play me please it’s all a game until you weep.

Sorry girl, you have to know, the thoughts own me I have to go.

“I think you’re crazy,” Elenore said. “To bring a knife with you! Are you mad?”

Semore glared back at her. “I’m not paying him another dollar. That man is a menace and he needs to be taught a lesson.”

His wife, Elenore, rubbed the wrinkles into her forehead. “Dear-dear-dear. A seventy-eight year old man bringing a knife to fight a forty-two year old. Whatever happened to golf?”

The longly-wed couple returned to the coffee shop.

“Hey,” said Semore. “I paid for that coffee. I remember.”

The employee shook his head. “No sir, you didn’t. And I’m pretty sure your memory is not the best source. Give me a dollar, and I’ll give you your drink.”

“NO!” said Semore, slamming his fist down into the counter. Everyone around noticed the knife and gasped. “Give me my coffee! I paid for it.”

The employee laughed. “Wow. This is really something, you brought a knife.”

“Damn right I brought a knife, and it’ll be your neck that gets it!”

“Alright, I’ve had it.” He picked up the phone.

“What are you doing?” said Elenore.

“Call ’em!” said Semore. “Then pass the phone over to me, so they can arrest you!”

Elenore slapped her husband’s wrist. “Dear! You can’t go to prison! What will you do?”

“I can handle myself dear. I’m going nowhere until he gets me that coffee!”

“Hello, police?” said the employee. “Yeah I got some guy in here creating a disturbance.”

Gripping the handle of his blade, Semore flared out his nostrils, then cocked his fist back and threw a punch. He hit the employee square in the nose.

“Send an officer, he just punched me!”

Finally, a teenager waiting in line with a skateboard slammed a dollar bill down on the counter. “There you go, old man. Quit grumbling.”

Semore and the employee both met eyes until Semore ripped a recently brewed cup-of-something and started away. “There, we’re even.”

Once outside, Semore and Elenore bumped into a hasty officer.

“There a mugging going on in there?”

“I’ll get right on it, have a nice day.” The officer tipped his cap and disappeared into the coffee shop.

Semore sipped his drink. “Taste like shit.” He tossed the cup to the curb and it spilled into the gutter.

He smiled and kissed her cheek. “Love you too dear.”