Brody stood behind Bridgette in the VIP section of the dance club. They watched Calvin get pummeled by a big man with a gold chain. Calvin and Shea escaped the club through the back door.

Bridgette spun around, and her lips were inches from Brody.

“Not a great time for cold feet, Bridgette!”

“Obviously,” she said, then crossed her arms. “But he’s the dad of my kids, it sucks to watch him get hurt… you better not be friends with that thug, animals like that disgusts me.”

Brody smiled and put his hand on Bridgette’s shoulder, then massaged her neck as he spoke. “H-hey, relax B-ridge. People will do anything for a fee, a love for the Benjamin’s is all I have in common with him.”

“Stop pretending, nobody can hear you but me… so why did you have him beat Calvin up?”

Brody released Bridgette, swatted the air with his hand then walked away. Bridgette scurried after him until they sat down on a sofa together.

“Don’t get snappy with me,” she said, then folded her arms.

Brody groaned. “We’ve been over this. They both needed to leave the club.”

“When Shea comes back in, you better be ready,” he said, then faced her with his brow deep over his eyes.

“I took care of it,” said Brody. “She’ll be back inside.” He shoved Bridgette in the side with his forearm, forcing her to scoot. He shook his head as he reached for a concealed holster and took a revolver out.

“Hide that thing!” she said. “What if someone sees?”

“Your husband already did, thanks to your stupidity.”

Bridgette folded her arms, then shut her eyes and scratched her forehead. “So… did you bring the knife?”

Brody groaned, then got up from the couch and tapped one of his workers from the dealership on the shoulder. He smiled big. “Hey, having a blast?”

“Phenomenal! Hey, be a rock-solid guy and hand me Shea’s purse? Thanks guy.”

“Sure,” said the employee. He grabbed it from the tall table and handed it to Brody.

Brody returned to the sofa, opened the purse, then handed a steak knife to Bridgette. A napkin concealed the blade.

“You know what to do,” said Brody.

Bridgette bit her lips. “Is divorce really so bad?”

Brody curled his fingers into a fist. He glared straight ahead as he spoke through a dark whisper. “We’re a family first company. Divorce would crush my reputation. Marrying a widow, that’s a different story.”

“Grab Shea when she comes in.” He squeezed Bridgette’s hand. “Do this right, we can stop hiding.”

Bridgette nodded, then leaned in to him with her lips pushed out.

Brody caught her face with his palm, then sniffed. “You said you quit.”

“Calvin made me smoke.”

“You don’t listen to Calvin, you listen to me.” Brody pushed her away, then stood and stuck his finger in her face. “Get Shea.”

Morning fans and somewhat interested persons. Today marks the first day in which I begin to take marketing my books seriously. I’m jumping into the pool, or maybe the sea, with a headfirst dive and no snorkel to help me. Literally, I have no idea what I’m doing.

I’ve done some research on other successful indie authors, and learned that the most effective way to sell your books is to acquire customers who want to buy them. So, how do I get people to want to buy my tales of fiction that offer no value to their lives but actually subtract from the amount of money in their pockets?

That’s a great question. Right now, I think getting people to like me might be the best strategy. And maybe finding people who are interested in the same topics I cover in my books – meaning aliens, spirituality, chicks, fighting, mysterious figures, mysterious pasts, an inability to communicate, and (sigh) love.

I’m going to set up a twitter account soon. Haven’t decided whether it would be more beneficial to constantly write about the books I am promoting or just tweet random day-to-day musings. Maybe if I’m funny and don’t offend people too deeply they will want to see what goes on in this deranged mind of mine. Anyway, off to the waters! 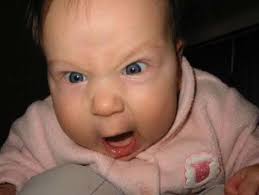 Days to nights the hours zoom.

Can’t put down the dream today I don’t think this dream will go away.

Got no reason for my belief except to say I’ve grown the seed.

What can be said about passion like this – a longing a turning an obsessive fit?

Oh not too much, except what they say – a passionate man can be so unsafe.

That living obsession and fuming too much and striving too hard and churning and such,

Can lead to madness, all scrambled thoughts. Can leave you with nothing but the knowledge you’ve lost.

But oh what to do! I cry but a tear! For it’s not my fault I’m a writer, those words brought me here!

Moving swiftly side to side until a turn brings her to rise.

Rising up from up to down, pushing forth, pulling out.

Turning over, once again, breaths do mate, fingers blend.

Kissing, touching, quaking lots, moving down from neck to next spot.

Eyes they meet from eye to eye at first they see but soon they fly.

Enter back into her body, watch her glisten, feel her naughty.

Twisting over to one side, slides to hip, leg twined is fine.

Moving closer, dripping sweat, to her forehead, feel her breast.

Sheets all rustle, bed does break, blankets fall and moans do rage.

Raising volume hear the sounds from one man’s push till one girl’s found.

The two embrace for one small kiss before a rest and comfort’s bliss.

Perhaps I’m Not an Idiot

Bells are back, the ruse it floats, I’d sure love to write good quotes,

Hope someday this dreams lands here in this present atmosphere,

Keep on going, almost there, getting close produces scare.

How much better can this be? How much work I’ve done for free.

All for one to read it true, all for buyers to say I do.

Cannot imagine a greater feeling than to produce an intrigued viewing.

Read my book, won’t you please, take a look, enjoy the read.

Writing words that make you quit will make me throw a childish fit.

But to see you turn that page, just to feel you feel my rage,

To know the man is not alone, to know for sure I wrote true prose,

Just to see you stop and stare, to feel your eyes on what I’ve put there.

To know my pen produced that scribble, to hear my page played like a fiddle,

To know I’ve conquered the t.v., to see for once the thoughts of me –

Carried on into another, shared by those who pass the cover.

To see the work amount to glee, to know for once I’m not diseased.

Finding out is not so bad, as long as finding makes you glad.

Do this, do that, it goes this way too.

“You will look foolish if you do the thing they say not to do. All sure knows this one rule shows the profession of your technique.”

Guess what my friend, I’ve reached the end, of what this logic means to me.

It means just this – don’t listen to shit. Study what you think.

When you read Harry Potter are you bothered by the adverbs in the read?

In every profession there is a way the whole crowd surely goes. Turn the other and then go, run from Art’s true foes.

Go the path which most can’t see, where blind men cannot walk. Stride on by the snobby eyes and ignore those who scold.

Then when do we listen, how do learn, what’s the method I preach to you? I say come notice the best in life are those who expose the truth. The surface lies, but hearts divide. From passion and focus, comes true poets, artists and thinkers and you.

Making stuff up and writing it down

Speaker Author Thought Leader Learning is Forever (Like Diamonds) Helps us Be Better, Still Better© ! "Be Unique than Being Best; being Best makes you # 1, Being Unique makes you the ONLY ONE!

The Power of Story

A Nerd and Her Blog